At the centre of this charming 1890s photograph of the Wanganui Girls’ College staff is the principal, Isobel Fraser, pouring the tea. She began studying at the University of Otago in 1879 and graduated BA and MA. Image courtesy of the Ian Matheson City Archives, Palmerston North, Public Photograph Collection Scs 52. 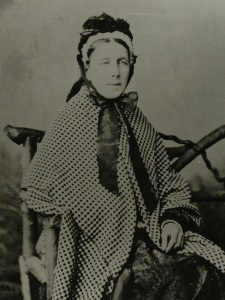 No women featured among the founding students (whose story appeared in last month’s post), but their absence did not last long. In August 1871, in response to a petition from 149 women, the university council agreed unanimously to admit women to all classes. This was welcome news to Learmonth Dalrymple, who had worked for years to improve educational opportunities for New Zealand women and girls. Dalrymple arrived in Otago with her family in 1853, carrying ‘an abiding resentment against the conventional and limited education for Scottish girls which she had suffered in the 1830s and 1840s’. In a quiet but determined fashion she led a long campaign against considerable opposition to have the provincial government establish the first public high school for girls in the southern hemisphere. With the Otago Girls’ High School opened in 1871, she and her supporters turned their attention to the fledgling university. They had good support on the council, especially from John Richardson, the chancellor. The council was not willing, however, to go as far as offering degrees to women; as Richardson explained, they would instead be admitted ‘to competition for Certificates which will be equivalent to degrees’. Such restrictions were in line with those in the few other universities in the British empire which admitted women. The most notorious examples were Oxford, which did not grant degrees to women until 1920, and Cambridge, which followed suit in 1948. In practice, Otago’s ban on degrees for women had no impact. By the time the first woman completed the necessary requirements all degrees were awarded through the University of New Zealand, which had no such ban. That university tacitly admitted the eligibility of women in 1874, when it accepted Auckland woman Kate Edger’s application for a scholarship; historian Jim Gardner notes that an institution desperate for enrolments could not afford to ‘turn away degree students in skirts’. Edger became New Zealand’s first woman graduate in 1877.

Mary Montgomery began studying at the University of Otago in 1877. She left to become headmistress of New Plymouth Girls’ High School in 1887. She continued her teaching career in other North Island schools following her marriage to Charles Baker-Gabb, and later completed her BA through Victoria College (Wellington). Image courtesy of New Plymouth Girls’ High School.

Although no women enrolled at Otago in 1871, at least four, and possibly several more, applied for admission in 1872. That was an impressive tally for a roll of just 70 students; it compared favourably with British universities, where a few women attended classes, though not yet on an equal basis with men. The most enlightened – University College, London – counted six women among its 1100 students in 1872. One of the first women at Otago was Anna Barton, who appeared on the list of students successfully completing part of the chemistry course in 1872. Probably attending with her was her mother, Jane Crichton Barton; founding student Alexander Williamson recalled attending classics classes with the Bartons and both women featured on the lists of successful chemistry students in 1873. The Bartons were women with sufficient determination, time and money to commit to a higher education. Jane, the daughter of a Scottish clergyman, was married to prominent Dunedin lawyer George Barton, who later became a judge. Their son Edward attended the university alongside their daughter Anna; he became a leading engineer in Australia, while her later life remains obscure. Another likely brother and sister pair among the early students were John and Miss M. Langmuir; she was probably Margaret, the daughter of Caversham market gardener and nurseryman John Langmuir (senior). Both Langmuirs passed the chemistry exams in 1873, while an unspecified Langmuir also succeeded in English and senior Latin in 1872.

Like their male counterparts, most of the early women students did not complete degrees. The first to do so, Caroline Freeman, first appeared in the lists of exam passes in 1875, when she topped the class in psychology and logic and also obtained a first-class pass in junior German. She did not, however, graduate BA until 1885. That was because she continued to work full-time, teaching during the day and attending university classes in the evening. It was not an uncommon pattern, but Freeman demonstrated more determination than most, for several years walking the 11 km home to Green Island after a full day’s work followed by lectures. She later moved into Dunedin and supported herself through tutoring and as a teacher at the girls’ high school. She had no higher schooling herself, following the same path as the many early students who had become pupil teachers as soon as they finished elementary schooling. After graduating Caroline Freeman established private schools for girls in Dunedin and Christchurch.

Ada Mary Fitchett, an Otago student in 1879, went to Melbourne in 1883 to teach at a the new Methodist Ladies’ College, founded by her uncle. She was lady superintendent of MLC from 1896 to 1921. Photograph courtesy of State Library of Victoria, Katherine Shaw Cole collection, H2014.11386.

Although it took over a decade for Otago to produce its first woman graduate, others quickly followed and by 1900 there were 58. As Dorothy Page notes in a study of these women, from 1886 ‘a steady and increasing trickle moved on from the girls’ high school to the university’, with at least 36 of the graduates former pupils of that school. Others came from the girls’ high schools in Southland (opened in 1879) and Waitaki (opened 1887), while a couple hailed from girls’ schools in Timaru and Whanganui. Many of the graduates went on to teaching careers themselves, providing role models and encouragement to future generations of potential women graduates.

There are few student records for the first decade – the names in the list below come from newspaper reports of exam passes. If you know of any other women who studied at Otago during the 1870s, please get in touch!

University of Otago women students of the 1870s – an incomplete list

Since this is the last blog post for 2016, I’d like to acknowledge everybody who has supported the project this year, whether by assisting my research, supplying photographs, promoting the blog, or just reading the posts – many thanks! All feedback is much appreciated. And I’m still trying to identify many of the mystery photographs – if you haven’t done so yet, please take a look and see if you can help! I’ll be back in February with more stories from the University of Otago’s fascinating past …